Zoë Duncan likens writing The Shifting Pools, her debut novel, to painting. ‘I wrote the last section first, so I knew where I want to go and then I was adding colour to create the other sections. If I needed more colour in other sections, I would go back and fill those in too,’ recalls the writer, who has also a background as an artist and academic.

The reason for the slow delineation of the novel rests in its deeply personal origins. ‘My family was living in Kuwait when Iraq invaded,’ she explains. ‘We went into hiding for a while and then women and children were allowed to leave the country. So my mother and sisters were allowed out, but my brothers and my father were forced to stay behind.’

Two months after 14-year-old Duncan’s escape, her eldest brother was killed and her other brother severely injured. Such traumatic events left deep wounds and The Shifting Pools, a magical tale of a woman coming to terms with past trauma, is the author’s way of examining not just what happened with her own family, but to all children affected by war.

‘It felt at the time as if my life had ended and I had to build another life for myself,’ she recalls. ‘Reality as we had known it had completely gone, leaving us with an elongated sense of shock for many years.’

Though the novel might be seen as the author processing her pain, it is more than that: ‘It was about putting onto paper the process that I had gone though, and the experiences of those around me too.’ The writing has a clear-sightedness that reflects her recovery from, rather than an immersion in, childhood trauma. ‘If I had written this book ten years earlier it would have been absolutely awful. I wouldn't have the overview I have now.’

Shards of Duncan’s experience feed into the novel, which tells the story of Eve Lanner, a woman whose background is rooted in war. Haunted by nightmares, and refusing to confront her childhood, Eve travels from London to the ‘shifting pools’, which mirror her own internal landscape. Through them she finds healing.

The book has a particular accord with present times: Eve is a refugee and her sense of dislocation is vividly conveyed. ‘Over the years writing the book, I became much more aware of the universality of Eve’s situation and it came much more than just my story,’ Duncan admits. In part that is because the darkness she describes is more than the refugee experience. It reflects the fundamental isolation we all feel and, too often, deny. It is this that gives the book a deep emotional resonance for readers.

The first draft was ‘splurged out’ in six weeks after years of recording dreams and examining the story from different angles. Editing took longer. A particular issue was point of view. With the help of her editor she eventually changed the structure so that Eve as a young girl is written in the third person, and as an adult in the first person. It conveys the sense of a woman disconnected from her past and, the Buckinghamshire-based writer says, made the story flow. ‘It suddenly clicked when we did that,’ she explains.

This change, and its impact on the story, transformed her relationship with Clio Mitchell, her editor at Lightning Books, a new indie press that acquired the book unagented. ‘Because I knew from her first reading of the book that she got it and it meant something powerful to her, it meant I could then trust her when she criticised parts of it,’ Duncan says.

She is refreshingly honest in explaining her decision to go with a start-up press. When it came to researching agents and publishers, a difficulty was the ‘strange genre’ of the book: ‘It's not easy to pigeonhole,’ she says. Dan Hiscocks, whose Eye Books had just launched Lightning as a fiction imprint, was an old friend. She gave him the novel to read when he offered to guide her in the direction of suitable agents and publishers.

But Hiscocks fell in love with the book and persuaded her to let him take it on. ‘I hadn’t wanted to give him my manuscript,' she says. ‘My concern was about boundaries; that the book be published on its own merit. It became clear from our discussions, though, that he wanted it because he admired it.’

She admits that being without an agent is ‘an unusual situation, but I had done a lot of research [into deals] and knew what I should be asking for and what should be in the contract’. Lightning provides options about how deals are structured: authors can be as involved as they wish and can strike a 50:50 royalty rather than the traditional advance plus a royalty paid later. For Duncan it was, she says, ‘the perfect solution’.

Now The Shifting Pools is out she is happy and confidently moving onto her next novel. ‘I have learned a huge amount and feel incredibly grateful,’ she says. ‘Not only is it the book I wanted it to be, but I feel I will be a better writer having gone through this process.' 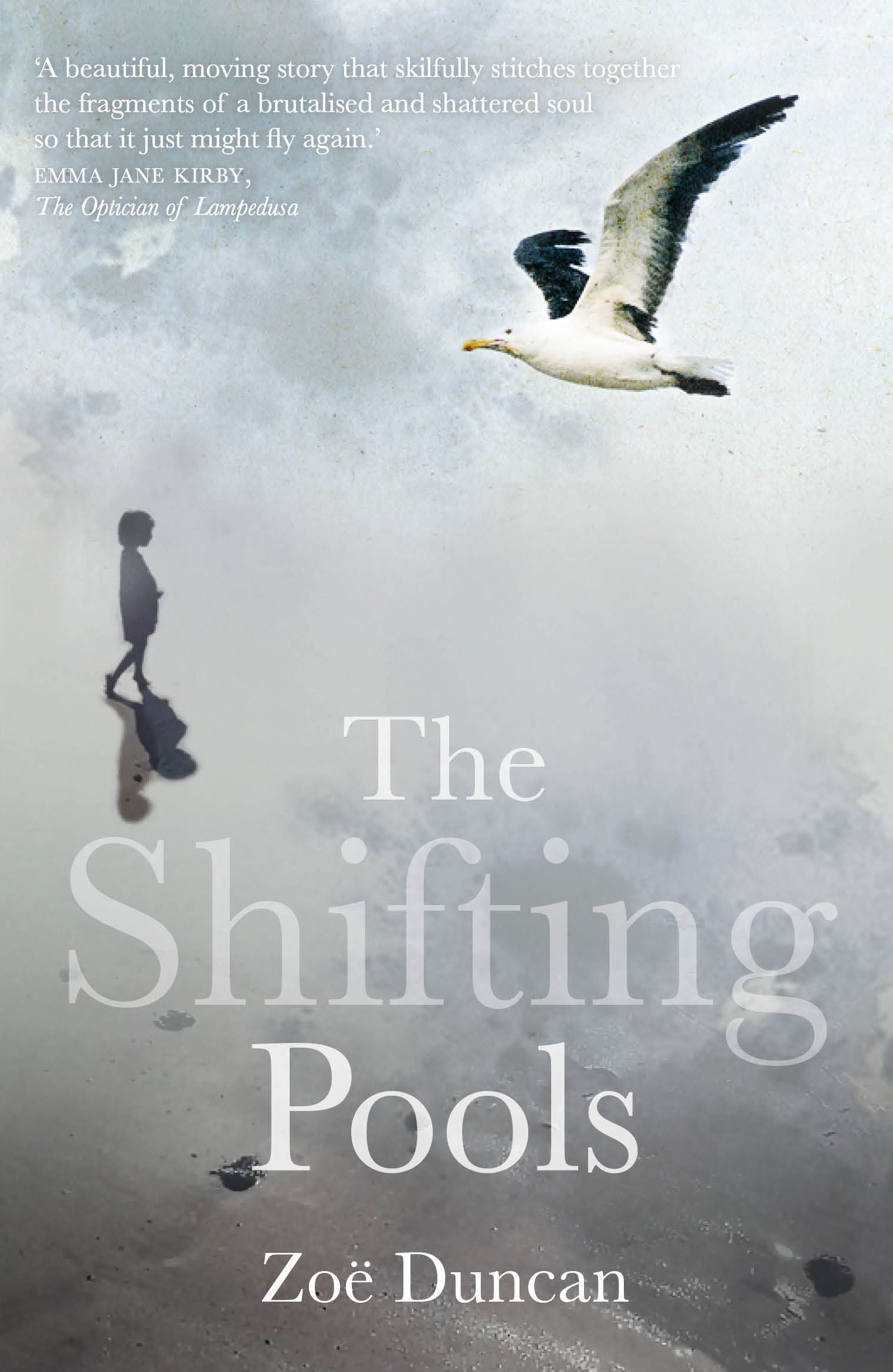 Let our authors sign and send your Christmas gifts
Signed, dedicated copies of a wide range of books to the address of your choice if your order by 11 December
A dictionary for the lockdown age
Rory Bremner and Jo Brand are backing Colin's Repurposed Dictionary to raise funds for the NHS
Tim Ewins: the author of many voices
He’s Britain’s hardest-working debut novelist, reading from We Are Animals in a different guise – from Gollum to Cher, from the cast of Friends to Kurt Cobain – every night of lockdown