“I’ve been in prison for 15 years for something I didn’t do, for something which I knew nothing about.”  Those were the words of Gerry Conlon on his release from prison in 1989.  He and his family and friends were wrongfully convicted of the 1974 Guildford pub bombing, the trial judge, Mr Justice Donaldson, having told them during sentencing “if hanging were still an option you would have been executed.”

Many of us will have seen the 1993 film “In the Name of the Father” in which Daniel Day-Lewis (who happens to be my favourite actor) portrayed Gerry Conlon, to universal acclaim.  And it is generally accepted now that the Guildford Four’s convictions were obtained as a result of a combination of police brutality fuelled by prejudice, hidden alibi evidence, forensic mistakes by experts and the pervading public sentiment of the time.

In The Pinocchio Brief, a 15-year-old gifted student, Raymond Maynard, is accused of the vicious killing of his teacher and the press is quick to quote other pupils who describe him as “a loner and a bit weird”.  Judith Burton, an experienced criminal barrister, and Constance Lamb, a young and highly principled solicitor are appointed to defend him. At Raymond’s trial new computer software, called Pinocchio, is to be piloted, which will analyse every movement of Raymond’s face to determine if his testimony is true or not. As Dr Winter, Pinocchio’s promoter, explains “every word [will be] assessed for truthfulness, every lie exposed.”

Whilst Judith should (perhaps) be pleased that the media’s pre-judging of her client will consequently have little influence at his trial, she is vehemently opposed to Pinocchio judging Raymond and protests to Constance that “machines make mistakes, especially if they’ve not been tested thoroughly.”  But, as Constance is keen to remind her “people make mistakes” too.

A 2014 study by Samuel Gross, a professor at the University of Michigan law school, concluded that 4.1% of people sentenced to death in the USA may have been wrongly convicted.  The study did not assess any of the cases individually but analysed the numbers of convicts who had been exonerated either whilst on Death Row or later.  If these figures are accurate then as many as 340 people have been put to death in the USA since 1973, for crimes they did not commit.

When these cases are exposed (think Colin Stagg, Barry George or Sally Clark to name but a few other high-profile UK cases) communities naturally soul search and examine whether there is (or should be) a safer system for judging crime, one in which mistakes are eliminated and every case is judged objectively and fairly; using a sophisticated machine appears, at first blush, to be the answer.

Machines are understandably lauded as cold, logical and neutral.  But surprisingly, even machines can exhibit bias. This is usually the result of the way the computer algorithms, which underpin the product, have been written in the first place. LinkedIn apparently offers a larger proportion of higher paid jobs to men than women. And, with potentially more serious consequences, sentencing tools in the USA have been censured because of the bias they exhibit in assessing the likelihood of people reoffending. In both cases, a lack of diversity in those writing the algorithms probably contributed to their limitations.

Transparency in how the software reaches its “decision” goes some of the way to addressing this issue; something which Judith, despite her limited knowledge of the technicalities of Pinocchio, understands instinctively. But Judith herself may not have entirely altruistic motives behind her opposition to Pinocchio. And she’s certainly not telling the whole truth when she pleads with the Judge to reject Pinocchio at Raymond’s trial.

The Pinocchio Brief
Abi Silver
A schoolboy accused of a brutal murder. A retired lawyer with secrets to hide.
More info +
£8.99 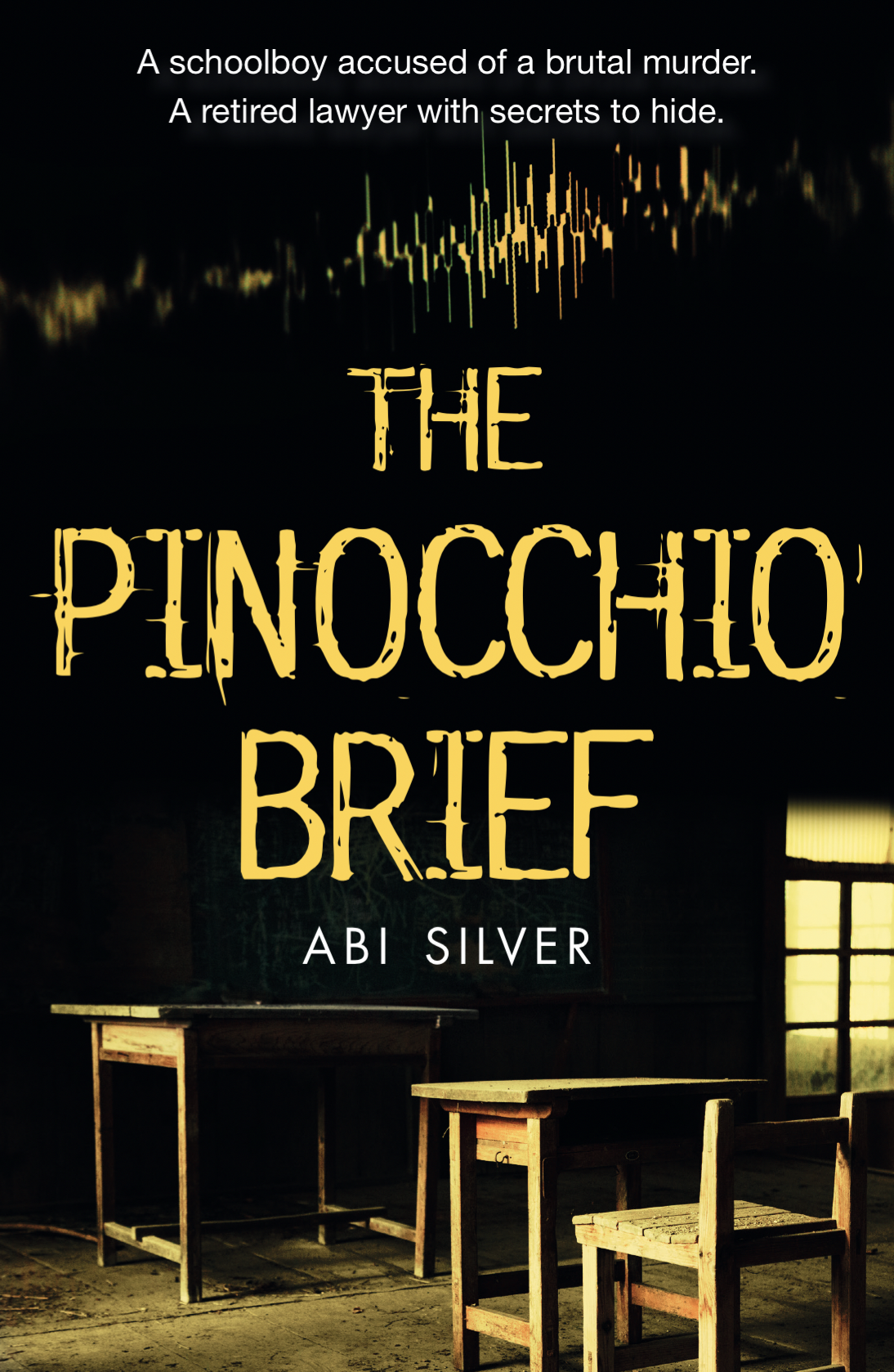