When Jeremy Thorpe hired thugs to kill his ex-lover, they botched it.

What if they had succeeded?‍

‘As boldly conceived as it is vividly realised, Beneath the Streets is a delight’ – John Preston

It is February 1976, and the naked corpse of a young rent boy is fished out of a pond on Hampstead Heath. Since the police don’t seem to care, twenty-year-old Tommy Wildeblood – himself a former ‘Dilly boy’ prostitute – finds himself investigating.

Dodging murderous Soho hoodlums and the agents of a more sinister power, Tommy uncovers another, even more shocking crime: the senior politician Jeremy Thorpe has ordered the murder of his former male lover. The trail of guilt seems to lead higher still, and a ruthless Establishment will stop at nothing to cover its tracks.

In a gripping thriller whose cast of real-life characters includes Prime Minister Harold Wilson and his adviser Lady Falkender, Adam Macqueen plays ‘what if’ with Seventies political history – with a sting in the tail that reminds us that the truth can be just as chilling as fiction.

The door was booted in and a blinding bright light bathed us both for a fraction of a second, leaving the darkness afterwards more black than ever before. I could feel him go rigid, but I kept a firm grip on the part of him that had been rigid already, bracing my own legs so he was pinned where he stood. Besides, there was nowhere for him to go as the flashbulb went off again, and again, and a fourth time for luck. The figure in the doorway was so vast he filled it entirely: the wall behind offered no escape bigger than than the four-inch gap at the bottom or the glory-hole drilled by the bogroll dispenser. Unless he fancied flushing himself down the toilet itself, he was well and truly trapped.

The door was booted in and a blinding bright light bathed us both for a fraction of a second, leaving the darkness afterwards more black than ever before. I could feel him go rigid, but I kept a firm grip on the part of him that had been rigid already, bracing my own legs so he was pinned where he stood. Besides, there was nowhere for him to go as the flashbulb went off again, and again, and a fourth time for luck. The figure in the doorway was so vast he filled it entirely: the wall behind offered no escape bigger than than the four-inch gap at the bottom or the glory-hole drilled by the bogroll dispenser. Unless he fancied flushing himself down the toilet itself, he was well and truly trapped.

‘Mr Terry Hopkins? Of 32 Leominster Gardens, NW9?’ The photographer spoke in a brisk, businesslike voice. From behind him came the sounds of a stampede as the cottage was vacated.

‘Wh-what?’ Hopkins was literally shrinking as he spoke. I let go of his rapidly deflating cock and turned sideways to yank up my trousers, taking my time with my belt buckle so I didn’t have to look in his direction.

‘Apologies for startling you, but I’m afraid it was necessary.’ The fat man tapped his camera and stood aside to let me slip past him and out of the cubicle, heading straight for the stairs. ‘Your wife’s solicitor will be in touch in a few days.’

I didn’t look back as I surfaced into the sharp cold of the winter evening. Women and men in hats and scarves milled along the pavement. A bus blasted past, its steamed-up windows aglow, commuters packed inside as tight as pilchards. I turned to my right and set off down at a brisk trot, wanting to put as much distance between myself and Mr Terry Hopkins of Leominster Gardens as I could. In the Shakespeare’s Head the drinkers were knocking back their pints obliviously; two separate worlds of men, both seeking out companionship, comfort and an escape from the daily grind, separated by just a few feet of concrete and the width of the world. The punters from the cottage had surfaced and dispersed back into anonymity, swallowed up by the city. At street level we can all pass for ordinary men.

I hurried under the big sign I had been so thrilled to recognise when I first came to London a few years earlier: Carnaby Street Welcomes the World. The shops were all shut, their interiors darkened, their frontages, once so fresh and exciting, now faded and worn. The brightly coloured patterned paving was blotted with piles of black rubbish bags awaiting collection. Welcome to London, 1976: try swinging if you must, but you’d better beware of the consequences.

‘A wonderfully evocative walk on the wild side of 1970s London, Beneath the Streets is darkly comic and deeply moving. A breathtaking, heartbreaking thriller’

‘Really well done. The detail and the authenticity is all there: London as a really scary, edgy, ugly place. The atmosphere is brilliant... As a portrait of a world I thought it was really fantastic, and I also read it with my computer by my side because I was constantly looking up the real-life figures and I was constantly shocked and amazed by how much of this is true’

‘Ticks all the boxes for me. Gay history. Jeremy Thorpe. And a rent boy turned detective called Tommy Wildeblood. Fantastic’

‘A f***ing fantastic read. A gripping what-if thriller, packed with vivid period detail and page-turning twists. To find myself actually making an appearance in the final chapter was just cream on the cake’

‘A page-turning mystery, skilfully plotted and filled with tension, Beneath The Streets lifts the lid on 1970s subculture to spine-tingling effect’

‘A thrilling and brilliantly imaginative novel. It takes you into the secret world of Soho in the 1970s. But then suddenly it opens another door into the hidden world of violence and corruption that still lies underneath the England we know today’

‘After I finished writing A Very English Scandal, I took a solemn vow — that I would rather spit-roast my own offspring than read anything else about the Jeremy Thorpe Affair. Seldom have I gone back on my word with more pleasure. As boldly conceived as it is vividly realised, Beneath the Streets is a delight’

‘A gripping thriller, interwoven with a really important thread about the condition of being gay in the 1970s’

‘Adam Macqueen's gripping debut novel is based on a provocative counterfactual question... He depicts his grim milieu engagingly – the 70s have seldom seemed so grotty and threatening – and this very English scandal has wit and invention to spare’

‘Adam Macqueen’s excellent debut thriller takes us back to 1976, a time of very British scandals. Former rent boy Tom Wildeblood is a thoroughly likeable hero and the seedy allure of the period is convincingly rendered, while the plot skilfully mixes fact with fiction’

‘What if Jeremy Thorpe had succeeded in murdering Norman Scott? That’s the gripping premise behind this smart story of corruption, murder and establishment cover-up’

iPaper, 40 best books of the year

‘A gripping and occasionally hilarious depiction of what, up to this year at least, must have been the craziest period of modern British politics. The twist, on literally the last page, is superb. While some 1970s scandals were played out beneath the streets, some were hiding in very plain sight’

‘I love, absolutely love, alternate history and conspiracy thrillers. I particularly enjoy works grounded in great historical moments. Real historical figures and events are weaved seamlessly through [this] novel’s narrative. It also looks at the injustices gay men faced in the seventies. This human element is well done and compelling…I look forward to reading book two, wherever it takes us’

‘A cracking read...a real page turner, with many twists…and a surprising and shocking ending. I raced through this ‘what if’ thriller, enjoying it very much but after I’d finished, I felt angry: about the exploitation of young boys by both thugs and ‘officer class’, about police corruption, about government cover-ups and what seems to be a quite illegal use of the Secret Service for purely political ends’

‘A dark, realistic, totally gripping and intriguing thriller that had me glued to the page. A great blend of fact and fiction... full of tension and superb characterisation’

‘What a cracking book! It’s addictive, thrilling and utterly delicious and has the most chilling of twists at the end’

Adam Macqueen is talks to Kirsty Lang about Beneath the Streets on BBC Radio Four’s flagship arts programme Front Row.

The Londoner’s Diary at the Evening Standard marks the launch of Beneath the Streets with a snippet about Adam Macqueen and Lady Falkender.

And here’s how the Times Diary reported the same launch, with a story about Norman Scott.

Harriett Gilbert and her guests Nina Sosanya and David Nicholls discuss Beneath the Streets on BBC Radio 4’s A Good Read. 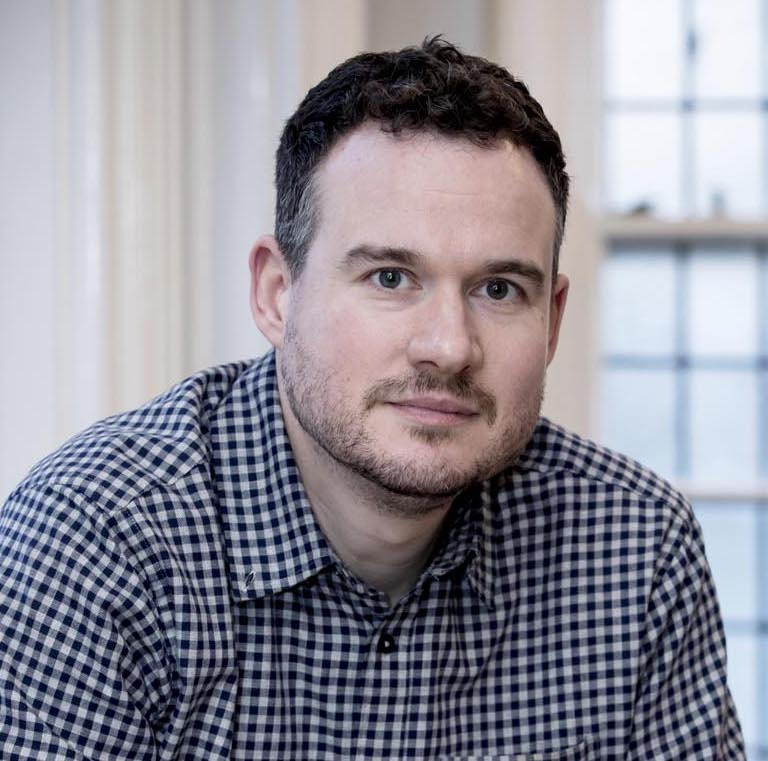 Adam Macqueen’s books include The Prime Minister’s Ironing Board and The Lies of the Land: An Honest History of Political Deceit. The King of Sunlight, his biography of the soap manufacturer William Hesketh Lever, was named by The Economist as one of its books of the year.

He has contributed to Private Eye since 1997, and wrote the bestselling history of the magazine which was published for its 50th anniversary in 2011. He is also on the editorial team of Popbitch, and from 1999-2002 was deputy editor of The Big Issue.

He lives on the South Coast with his husband, painter Michael Tierney.